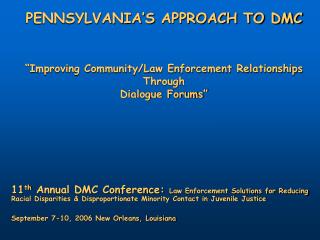 Facebook, cambridge analytica and the impact on gdpr enforcement - Facebookâ€™s mark zuckerberg has broken his

MOUs and MOAs: A Cooperative Approach to Law Enforcement on the Reservation - . 17 th annual multi-jurisdictional

Uniting for Youth: A partnership of youth-serving systems in King county - . group of state and local youth-serving

Dauphin Island - . by jackson boone. what you do at dauphin island . there are two groups and they are activities on the