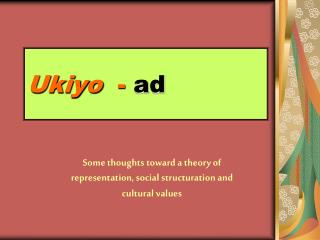 Tale of Genji by Murasaki Shikibu - . murasaki shikibu , depicted here writing at her desk at ishiyama-dera inspired by

Ukiyo-e - . pictures of the floating world. ukiyo-e. it is an art closely connected with the pleasures of theatres,