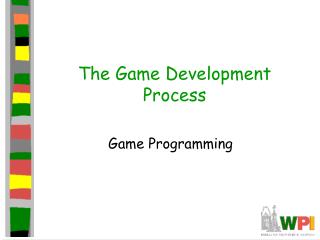 Video Game Design Game Maker - . ms. scales. what is game design?. is it art? it is all about artistic expression. is it

Video Game Designers - . by: jaren peterson. about video game designers. their job is to basically create the video game

The Game Development Process - . postmortems. “those who do not learn from history are doomed to repeat it.” - george