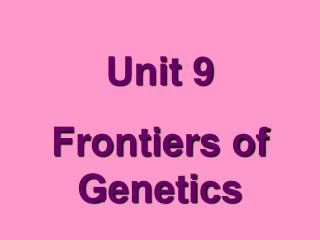 Unit 9 Frontiers of Genetics. I. Biologists have learned to manipulate DNA A. The Beginnings of DNA Technology 1. Biotechnology- the use of organisms to perform practical tasks for humans