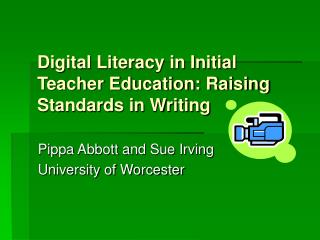 Salina Intermediate School - Developing and implementing a professional learning community: the integration of Media Studies and the New Curriculum NCEA Level 3 / Curriculum Level 8 - . “there is no education that is not media

Beyond the Blueprint: Literacy in Grades 4-12 and Across the Content Areas - . section 7: instructional strategies that