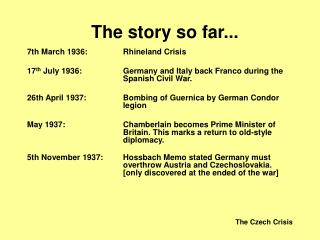 THE RADICALIZATION OF HITLER’S FOREIGN AND RACIAL POLICY - . march 1936: remilitarization of the rhineland (followed by

Paper 1 - Take up. paper 1. 1(a) what, according to source e, was the significance of the locarno conference? [3 marks].

ICU Course - . dr fraser cameron. the state of the union. political crisis due to failure to ratify constitutional treaty

Rhineland 2012! - . the hotel. our hotel is called hotel spiegelgarten. it overlooks the river rhine. meals!. we will

Disillusionment, Rhineland, the People’s Liberation Army - . michaela cotton 4a. what is disillusionment?. “to free

Germany Rearms - . the reoccupation of the rhineland. hitler questions why did he hate the jews so much? he blamed the

Ashkenazi Settlement in Rhineland and its Movement Eastwards - . yiddish as the vernacular language of ashkenazi jews.