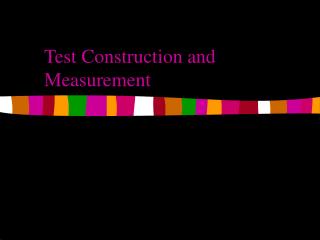 Stages of test construction - . why and what to test?. a clear statement of the testing ‘problem’ or needs analysis.