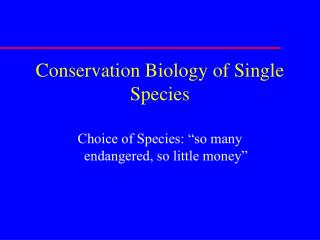 Conservation Biology of Single Species Choice of Species: “so many endangered, so little money”

Chapter 55 - . conservation biology and restoration ecology. important information! . i have not edited this ppt. you may