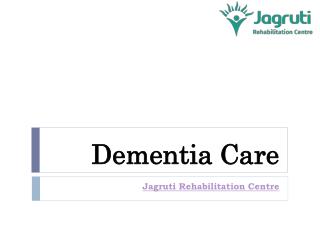 Defined and an introduction to Dementia, symptoms of dementia, detail explain the dementia symptoms like memory loss, mobility, communication, Incontinence, eating etc. This above treatment available at Jagruti Rehabilitation. For more details visit us: http://www.jagrutirehab.org/dementia-care.html or contact us: 91 9371425026 Dementia – everything you need to know but were afraid to ask - . dr. shehram moghul consultant in opmh liaison

DEMENTIA AWARENESS - . aims. to give carers a basic understanding of dementia. learning outcomes. understand what is

Models of Care for Dementia - . improving experiences and outcomes for people with dementia &amp; carers and families

Beyond Barriers - . beyond barriers. developing a palliative care approach for people with the later stages of dementia

Integrated dementia care in the Netherlands - . the national dementia programme, 2005-2008. initiative: ministry of

Understanding and Responding to Behavioral Symptoms of Dementia: A Guide for Direct Care Workers - . developed by linda