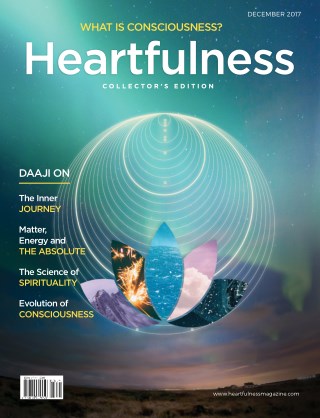 The December 2017 Collector's Edition is a landmark publication in the field of the science of spirituality, featuring Daaji's articles on 'The Evolution of Consciousness'. The articles cover the topic of consciousness from various perspectives, including its central role in human development, the spectrum of consciousness, the relationship between consciousness and the space-time continuum, and a detailed map of the inner journey of expansion of consciousness. It is a must have for all who wish to understand the workings of the human mind and heart from both the scientific and spiritual perspectives.