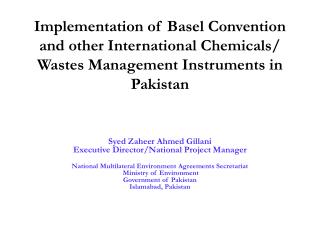 PAKISTAN - . a country study. do now: pg 12. answer the following in your notebook: what do you “know” about

POLLUTION TAX - . using the paper market as an example: paper mills generate chemical wastes as part of their production

Child Labor - Pakistan a young girl carries a load of wool down a street in a poor section of peshawar. pakistan has