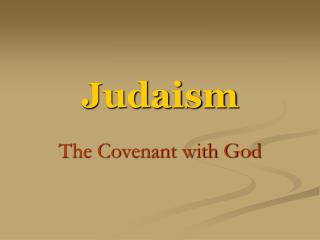 Judaism. The Covenant with God. Abraham. The religion of Judaism has many of its roots in the civilizations of Sumer, Babylonia, and Canaan (2000 BC)