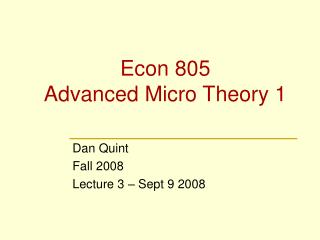 Welcome to My Econ Lab - . www.myeconlab.com. getting started:. to get started you will need: access code:

Econ and Me Review - . click on the button to begin. people who buy and use goods and services to satisfy economic wants

Econ 247 - . principles of policy analysis. overview. markets are a good way to organize economic activities however, the