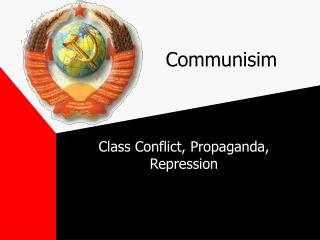 Communisim. Class Conflict, Propaganda, Repression. Communist Ideology. Communism is a system of government in which the means of production* are the property of the entire society rather than individuals.