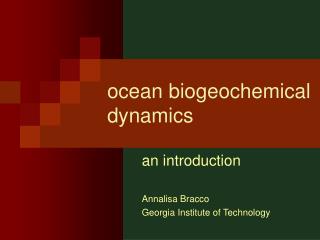 Mean, Variability, and the Most Predictable Patterns in CFS over the Tropical Atlantic Ocean - Zeng-zhen hu 1 bohua

Continental Margins and Ocean Basins - . bathymetry. february 2000 a map of the surface of our planetary neighbor mars