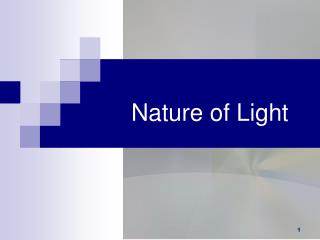 Nature of Light Nature of light What am I? Particles? Waves? A long time ago …… Aristotle (384 - 322 B.C.), an ancient Greek thinker, thought that we saw the world by sending “something” out of our eye and that reflected from the object.