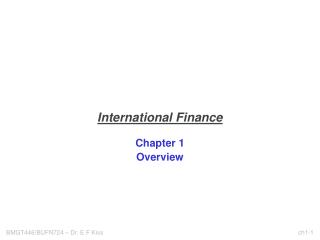 International Finance Chapter 1 Overview Chapter Objectives To identify the main goal of the multinational corporation (MNC) and conflicts with that goal; To describe the key theories that justify international business; and