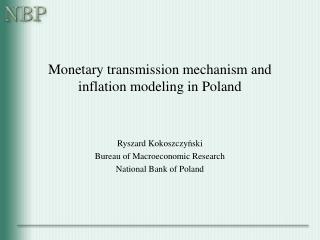 the Center for Sport and Recreation 5/7 Małachowskiego str. Łódź, Poland - . the venue was built in 2003. a bus and a

The Swiss Contribution to Poland - . dominique favre head of the swiss contribution office.

MADE IN POLAND - . presented by: mrs ilona antoniszyn-klik deputy minister of economy republic of poland . november 6,