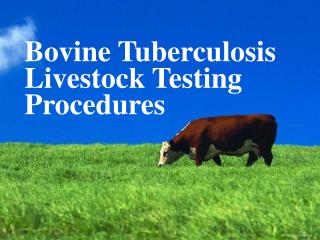 Heritage Livestock - . the importance of the heritage livestock genetics, for the future of farming. genitic diversity.