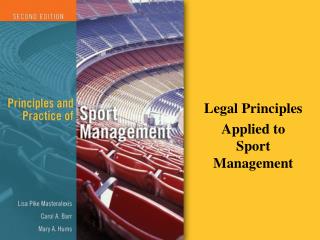 Beyond Social License - . the legal implications of the guiding principles. overview: the path beyond. summary of the

Getting into Sport - . katherine pagett schools and colleges liaison officer university of birmingham. how competitive?.

THE FIGHT AGAINST DOPING - LEGAL BASIS - „the olympic ideals in ancient sport were destroyed by professionalism, in

Sport in our life - . the presentation was made by the pupil of 7b yurova juliya . sport. 1. sport helps us to keep fit.