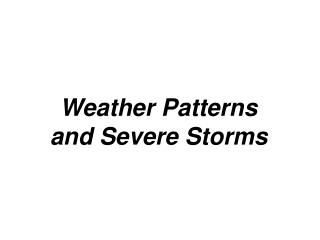 What do you know about weather? Follow me as we discover exciting things about the sun, rain and storms! - All about

Storms and other weather phenomenon - . the student will investigate and understand basic types, changes, and patterns of

Coastal weather and storms - . maia mcguire florida sea grant extension. weather. the state of the atmosphere at a given

Ready Your Business - . state of the emergency. georgia is at risk natural disasters: severe thunderstorms, lightning,