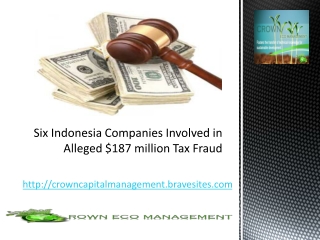 “We all know that over the last three years the tax office has been unable to fulfill its collection target, and one of the main causes is that their officials may be misusing their authority for personal interests,” said the lawmaker, Markus. It was not Markus’ first time fight against these tax violators, he started standing his grounds against them long ago before these new issues became known, in May 2010, he called the dismissal of two senior tax officials, including director general Mochamad Tjiptardjo, for what he called their “poor performance”