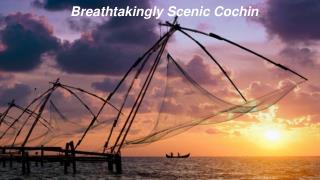 Places to visit in cochin Cochin is known as the Queen of the Arabian Sea and was an important spice trading centre.  Informally, Cochin is also referred to as the Gateway to Kerala.Ranked the sixth best tourist destination in India ,its always a pleasure to be in Cochin.There are various places to visit in Cochin which are remains of Portuguese, Dutch and British colonials.

Places to visit in cochin

Unit 9 - . have you ever been to an amusement park?. section a. discuss. which of these places would you like to visit?.

What causes most places on the Earth to have seasons? - . the earth is closer to the sun in summer and farther away in

Intro to Human Geography - It’s nature and perspective. intro to human geography. geographic questions:. where are

AMAZING PLACES AROUND THE WORLD - . vocabulary. wonder(n.). surprising or amazing (wow). in memory of. to remember

Jamaican Culture - . lauren fahey. five places i would like to visit!. 1. phillip county tours: i would love to take a

PHYSICS REVIEW GAME - . earn extra points towards your science final grade. what is distance?. a. it is the length of a