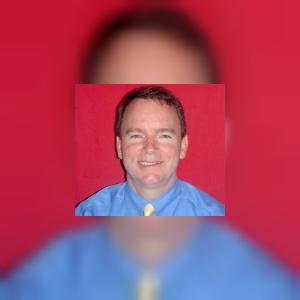 Born in Seoul, South Korea, David Pflieger brings international perspective to his career in airline leadership. Currently the Chief Executive Officer and Managing Director of Fiji's national airline, Air Pacific, he has established a strong relationship with local industry. David Pflieger regularly conducts outreach to new local destinations such as Taveuni and Savusavu, where he interfaces with business leaders to establish a sense of cooperation. He also ensures that Air Pacific does significant business with Fiji companies. In addition to transporting 66 percent of Fiji's visitors, Air Pacific also directly pays more than F$130 million to Fiji companies. Based on his collaborative relationship with local communities, David Pflieger earned the position of Chairman of the Board for Tourism Fiji. Air Pacific recruited David Pflieger to its C.E.O. Position in 2010, drawing him away from a successful career with leading domestic airline Virgin America. As Senior Vice President for Legal and Government Affairs, he represented the company in its interactions with such top officials as the Department of Transportation (D.O.T.) Secretary, Federal Aviation Administration (F.A.A.) representatives, and several senior White House personnel. David Pflieger also interfaced with government as well as company officials to implement a new sustainability plan for the airline. The program involved energy-efficient operating choices, regular voluntary reporting of emissions, and the use of a fleet that boasts 25 percent better efficiency than the airline's competitors. David Pflieger came to Virgin America from Delta Air Lines, where he honed his collaborative approach to leadership. As Vice President of Operations for Song, the airline's low-cost subsidiary, he coordinated extensively with the Flight Operations, Technical Operations, and Operations Control Center departments. He also interfaced with corporate representatives and members of the media to promote the airline, which rose from its start-up phase to become a $1million operation by the end of its first two years. David Pflieger holds a Master of Business Administration as well as a Juris Doctor. A veteran of the U.S. Air Force, he received cross-commission based on his success as a student in the United States Naval Academy. 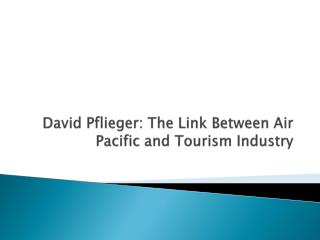 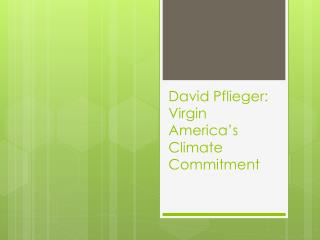 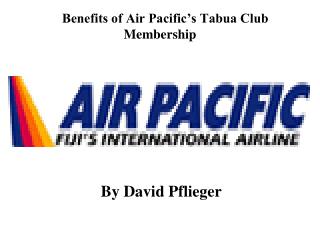 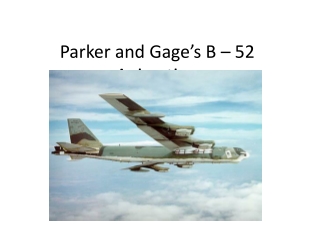