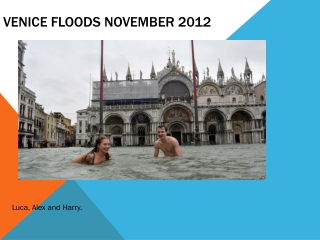 Year 12 case study about venice floods, made in a single lesson by 3 boys LEDC CASE STUDY Flooding in Bangladesh - . effects of the floods . flood waters swept away and caused severe damage to

Amzer Shellster LG Venice Case – Black - Features: stylish yet durable and it is the perfect carrying