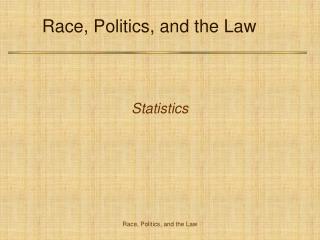 Race, Politics, and the Law

Race, Politics, and the Law