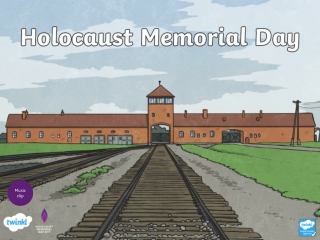 Music clip. Aims. To begin to know some facts about Anne Frank. To recognise that words can be used for good. What Is Holocaust Memorial Day?.

Music clip - . aims. to begin to know some facts about anne frank. to recognise that words can be used for good.

Hear a Music Clip - Clouds. hear a music clip. cloud classification. 1. based on altitude. appearance from the ground.

Battery Clip - Come to techprotools and buy battery clip online. we provide all our customers quality car tools like:

Video Clip - The mating system of callitrichid primates: i. conditions for the coevolution of pair bonding and twinning

Clip Game - . an advanced lean exercise. objectives. to demonstrate: the differences between “push” and “pull”

Clip Art - . where to find it. how to use it. clip art is previously created illustrations and graphics that you can use

Video Clip - . how does the story of “new coke” and “coca-cola classic” demonstrate that, ultimately, the

Video Clip - . what is a recession? what is the meaning of this cartoon? how are americans hurt by a recession?