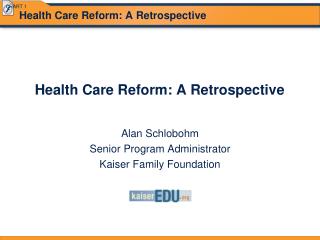 Social Care Reform Integration – where we are now and where are we going - . david behan – director general social

Healthcare Leaders Embrace Reform - . beyond the emr, cpoe, emar, scm, hit and hies: alphabet soup for the next ten years

The Drive for Reform - . 17.1. objectives. identify the causes of progressivism and compare it to populism. analyze the

The Community Insurance Fraud Initiative (CIFI) The Use of a Unique Insurance Database A 5 Year Retrospective - . daniel