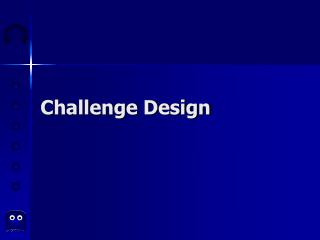 Challenge Design Challenge Design After a protagonist is created and given a goal, you will not have a game until obstacles are put in the way. These obstacles create the challenge faced by the player in playing the game.

I - My books- learning to go https://gum.co/learn2go & the 30 goals challenge