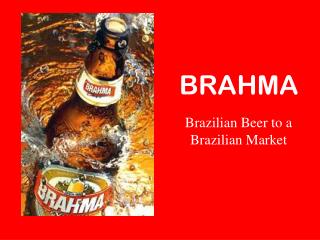 Hindu gods - . pleasing the gods are a part of fulfilling dharma and receiving good kharma people will devote themselves

Brahma Vishnu and Shiva - . by: niti panchal. energies of krishna. krishna has unlimited energy he has 3 kinds of

Hinduism - . lord brahma. lord brahma is the first of the hindu trinity. he is the creator god. she is regarded as the

Hindu Basics - . history. no known founder of hinduism hybrid of polytheism and monotheism--worship many gods and

Hinduism and Buddhism - . chapter 3 section 2. the beliefs of hinduism develop. no single founder and no single sacred

Brahma - . by mason howe and bravery nelson . men and women . we need them to colonize the island and work in the

avatars trimurti Brahma destroyer sustainer Vishnu x3 everything - . all hindus agree that there is one universal spirit

HINDUISM: ONE GOD, MANY FORMS - . presented by the hindu students council. visit www.worldofteaching.com for 100’s of

By Becky - Hindu gods. by becky. brahma. hindus say that brahma is the creator of the universe. he is the first member of