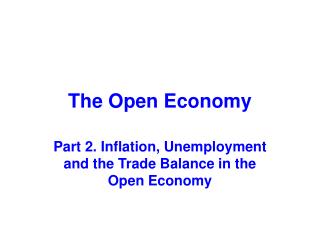 The Economy in the Environment – basic concepts The Holistic View - . the cowboy economy. circular flow between firms

The Global Economy Welcome: http://youtu.be/jvXRTUqdpB4 - . the global economy macroeconomic data. gapminder. what do you

THE GROWING IMPORTANCE OF HR IN THE NEW KNOWLEDGE ECONOMY - . abstract: why growing importance of hr ?. why growing