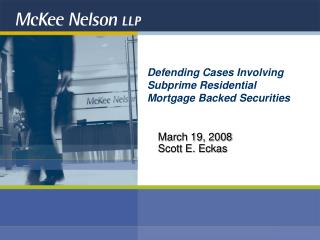 Chapter 20: Introduction to Commercial Mortgage Backed Securities (CMBS) - . chapter focus: the basic outlines of the us

Mortgages - . cameron stewart (thanks to shae mccrystal and jim helman ). definition. what is a mortgage? difference

Chapter 3 How Securities Are Traded - . topics covered. how securities are first marketed to the public by investment

DEPOSITORY SYSTEM - . this system came in to force with effect from september 20, 1995 . what is scrip based system?.

Mortgage Basics - . types of mortgages. types of collateral: residential 1 to 4 family homes (up to 4 units) commercial