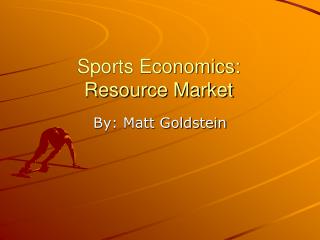 Sports Economics: Resource Market. By: Matt Goldstein. Employment of Players. Each of the major professional leagues (MLB, NFL, NBA, and NHL) have strict methods by which teams hire and fire players All of the leagues have basically two ways to hire a professional athlete. The Draft